The Castle on the Hudson

Charles Paterno was seven when he left Castelmezzano, a small mountain town in Basilicata, to set sail on one of the rattletrap ships headed to America. Thirty years later he was one of the top builders in New York City, among the first to construct the skyscrapers that would form the world’s most famous skyline.

Intelligence, brilliance, intuition and an ability to stay ahead of the times made him a leading figure in the life of Manhattan. He created garden communities, focused on new technologies and turned to the best architects. Paterno didn’t just want to offer houses, but new lifestyles to tens of thousands of people.

His first American dream looked like a white castle at the northernmost tip of Manhattan, where he lived for years with his wife and son, surrounded by a small but very loyal retinue.

A friend of Giuseppe Prezzolini, he donated a library of 20,000 books, the Paterno Library, to the Casa Italiana at Columbia University. Fiorello la Guardia, the Italian-American mayor of New York City, called him a genius. Born into poverty, Paterno died a wealthy man on the green of the most exclusive country club in Westchester 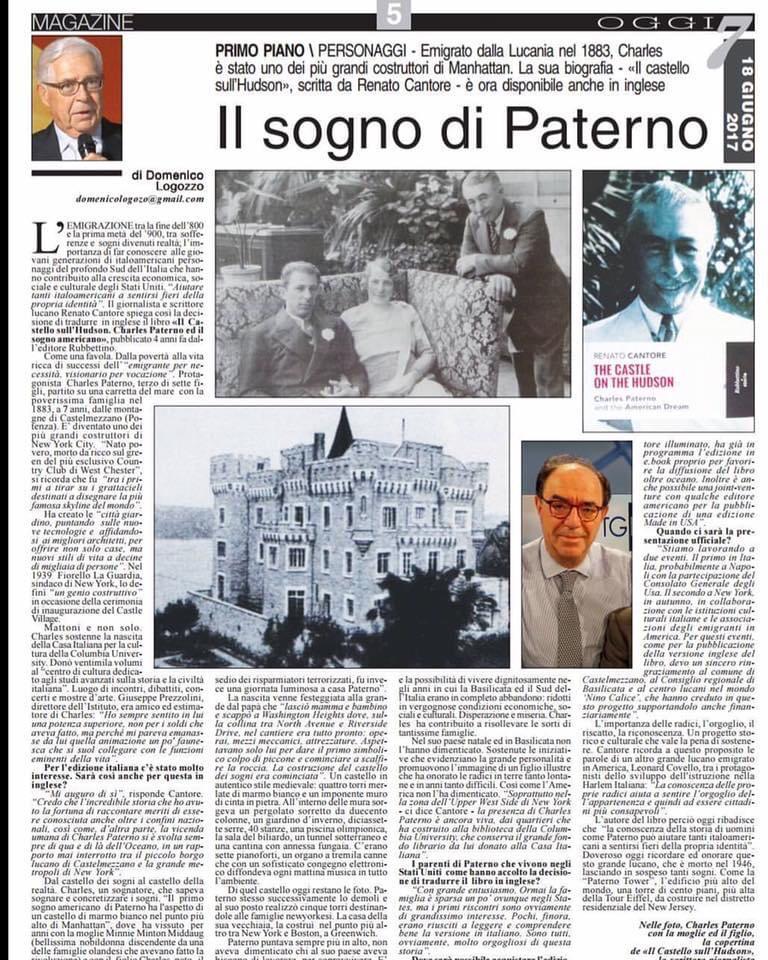